"Do not go where the path may lead, go instead where there is no path and leave a trail."
-Ralph Waldo Emerson
Post Reply
50 posts

Hermit I've enjoyed reading your self-reflective writing and find your courage of intimacy in doing so here so very generous. I found this amazing picture amusing as a metaphor for the kind of human dilemma you speak so well of...
Top 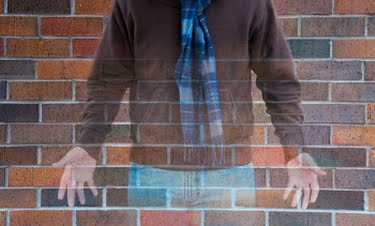 Of course you can play.. Here and beyond...

One of the things I have a love/hate relationship with here is the long winter season. Now you'd *think* that because it's been unseasonably warm, and the snow is almost completely gone, it'd be better for everyone! The reality is there's an edgy feeling among people, an itchiness that makes them more irritable and irrational (especially while driving their cars--I'm a terrible back seat road rager). My seeds are sitting on the desk beside the computer, I'm working from the lounge because it gives me more daylight and I'm craving it. The potatoes are on the window sill getting their head starts (try this! You chit potatoes by putting them on the windowsill in relative sunshine giving those eyes some green, and even some feathery pre-leaves. Early potatoes are the bomb!). Under my desk, the mini schnauzer that rules this house is sitting and contemplating how to rangle another walk out of me. Everything should be smiles and chuckles but it isn't.

I have this idea that if I save enough, put enough aside, I can find myself somewhere Mediterranean and grow year round without snow to live because I hate, hate, hate winter. The older I get the harder it is to live with; the lack of sun, the cold, the mess in early spring, the sad end of summer and fall, the waiting. I hate the waiting the most.

Yet the transformation that happens is miraculous. The waiting for the first crocus buds on the hills, the waiting for the bulbs that I planted last year (all 200+ of them) to see how that early colour transforms my yard and makes it easier to work, dig, and till. I've got seedlings to plant that I haven't even begun to think about, still sitting in the freezer being *dormant all over the place*. Without that cold, bitter, unhappy season I don't know if any of that transformation would be as wonderful, or even as miraculous!

Tomorrow starts the season of Lent, the 40 days before Easter. I know that there will be those, and are those, who can relate to this period of fasting, praying, contemplating, and service before the highest holiday in the tradition I follow. It's a holiday that was overlain the existing spring festivals, and with I suspect good reason. There will be those who say it had to do with commandeering and converting pagans, but I've spent time wondering if there was also an element of common sense in the whole matter. A celebration of resurrection of Divine would be best suited to a holiday that already existed, already celebrated the Divine triumph of light over darkness.

For me this is a reason to celebrate transition and transformation, a reason to recognize that even the dark night of the soul must have a morning, must break into light.

Back in my 20's I spent a lot of time taking part in First Nations ceremonies and culture. I used to go out in the spring with a group of people that I practiced with together. We'd fast. The new age terminology is a vision quest, but we instead focused on the giving up, the sacrificial aspect rather than the sparkly spiritual stuff. Feet on the ground, whatever happens? Happens. I was told by my teacher, Doug, that many times you'll fast and years later something will come back and make sense that didn't at the time, or seemed insignificant at the time.

The last day of this particular fast, I knew that it was going to end. Ten in the morning the officiating Elder would send the helper around to tell us to come back for the last sweat lodge of the day before the feast that would close the ceremony. I woke up, crawled out of my shelter, and watched as the sun came up through the trees, knowing that it was only a matter of time before someone would come along and bring me back to comfort....to food and water that for four days and three nights I'd not had. The sun just moved. Slowly. It moved in its own time, like a machine. The rest of the world just moved around it, and I paced in the circle around my lodge waiting for the end to come. Later in my life, I realized that what I thought was 9:00 am, 10:00 am was actually 4:30 am and 5:00 am.

The dark night ends as the day begins...in it's own time. We don't always have control over it, but we do have control over how we react, how we behave, what we do to make changes to bring about that sunrise. Instead of pacing I could've slept, I could've prayed, I could've sung. Instead I walked around in circles being impatient. The change didn't happen until it was time.

It is less, I'm finding, about being able to plant in the soil and knowing that I am a fool to put a seed on frozen ground and expect a stalk of celery to spring forth immediately.

The winter, Lent, its a teacher. The pain is a teacher, the discovery comes when the pain transforms to love. The love of self. The realization, the waking of knowing. Some people call it kundalini. For me it was the revelation last night that I belong.

I give praise that even in the darkness of the winter, I now see that green comes from the soil again; that even in the dryness of decay, beneath there is richness and loam; that in solitude self imposed, there is friendship which awaits; that in the touch of the earth upon my hands there is again hope, again relief from the nameless despair which has covered my eyes like a long winter night.

Give me strength to enter into the labyrinth of this garden, a maze without walls or pathways that leads to a centre I still as of yet am unable to know, but must have faith to believe will one day lay before me. Help me to undertake the planting and sowing, weeding and tilling, moving of stones, culturing of waters, as I would know how to within the walls of my own inner garden, my own mind.

Order the beginning, direct the progress, and perfect the achievement of my work. You who are true God and true man, and live and reign for ever and ever.

Nice one, wish I read it yesterday, when I lost patience when the local "yard waste" area didn't have any good compost and my damn dog would show no respect for the space I was giving our plants...shouldn't have named her after Kali, I guess.

Got it in though, timely prayer...thanks for that. I pray you find the time to work on your EXTERNAL garden, I remember you mentioning that "life" was taking the opportunity from you to get out there...hope that eases up, it's too nice out there, at least in my neck of the woods.
What is the purpose of your presence?
Top

<3
Do not fashion me a maiden who needs saving from the dragons. I am the Dragon. And I will eat you whole.
Top

That's great...I've never seen/heard that!!
What is the purpose of your presence?
Top

Hermit, I had not seen this thread until today I think, how does that happen? I haven't read all of it yet, just wanted to acknowledge 'you'.
Beautiful, soulful, painful, I hear you.
Top

So because it was asked....

Christine had asked me in a conversation why it was I had felt drawn to becoming a Franciscan; what specifically, and I think given the general attitude towards spiritual issues, was drawing me into the Christian (ne Catholic) tradition given how in the alt community, Christianity, more specifically Catholicism, have a kind of negative draw (insert illuminati association etc etc etc conspiracy blah blah blah etc here

As I consider this a safe place, and a place filled with friends and encouragement, I think it's probably reasonable to express why it is I'm stepping closer to taking my first clerical tonsure, possibly seminary, to be ordained a Catholic Priest. Especially given how I tend to withdraw from people! I mean, this is a service that you're supposed to be engaging with people, not hiding from them.

So...the post bellow is the autobiographical statement that I sent to the Archbishop considering my application. The Church itself is in the Old Catholic tradition: namely, a split occurred around the time of Vatican I in which several European churches refused to accept the notion on Papal Infallibility. The movement has grown in the Americas, and usually (but not always) involves smaller congregations who worship in house churches. The particular Church I am interested in has missions in Africa tinted towards the LGBT community; this is dangerous work given the general feelings of many Africans towards the LGBT community, let alone radical Muslim groups who I suspect would have no issue with martyring anyone who goes against the dogmas of radical Islam.

I'm sharing this because you're as much my friends and family as the people I live and associate with. This is a major decision for me I am not taking lightly, and will be going on retreat in June to further discern what it is God wants for me. I know the strength of the divine feminine here on this board, and I know that the presence of divinity included in that idea is affirming of masculine, feminine, and the combination that exists within all human beings.
Ingressum instruas, progressum dirigas, egressum compleas.
Top
Post Reply
50 posts