"Silence is golden when you can't think of a good answer."
-Muhammad Ali
Post Reply
8 posts • Page 1 of 1


“We have to create culture, don't watch TV, don't read magazines, don't even listen to NPR. Create your own roadshow. The nexus of space and time where you are now is the most immediate sector of your universe, and if you're worrying about Michael Jackson or Bill Clinton or somebody else, then you are disempowered, you're giving it all away to icons, icons which are maintained by an electronic media so that you want to dress like X or have lips like Y. This is shit-brained, this kind of thinking. That is all cultural diversion, and what is real is you and your friends and your associations, your highs, your orgasms, your hopes, your plans, your fears. And we are told 'no', we're unimportant, we're peripheral. 'Get a degree, get a job, get a this, get a that.' And then you're a player, you don't want to even play in that game. You want to reclaim your mind and get it out of the hands of the cultural engineers who want to turn you into a half-baked moron consuming all this trash that's being manufactured out of the bones of a dying world.”

Nihilism no longer wears the dark, Wagnerian, Spenglerian, fuliginous colors of the end of the century. It no longer comes from a Weltanschauung of decadence nor from a metaphysical radicality born of the death of God and of all the consequences that must be taken from this death.

Today's nihilism is one of transparency, and it is in some sense more radical, more crucial than in its prior and historical forms, because this transparency, this irresolution is indissolubly that of the system, and that of all the theory that still pretends to analyze it. When God died, there was still Nietzsche to say so - the great nihilist before the Eternal and the cadaver of the Eternal.

But before the simulated transparency of all things, before the simulacrum of the materialist or idealist realization of the world in hyperreality (God is not dead, he has become hyper-real), there is no longer a theoretical or critical God to recognize his own.The universe, and all of us, have entered live into simulation, into the malefic, not even malefic, indifferent, sphere of deterrence: in a bizarre fashion, nihilism has been entirely realized no longer through destruction, but through simulation and deterrence.

From the active, violent phantasm, from the phantasm of the myth and the stage that it also was, historically, it has passed into the transparent, falsely transparent, operation of things. What then remains of a possible nihilism in theory? What new scene can unfold, where nothing and death could be replayed as a challenge, as a stake?We are in a new, and without a doubt insoluble, position in relation to prior forms of nihilism:
-Romanticism is its first great manifestation: it, along with the Enlightenment's Revolution, corresponds to the destruction of the order of appearances.
-Surrealism, dada, the absurd, and political nihilism are the second great manifestation, which corresponds to the destruction of the order of meaning.The first is still an aesthetic form of nihilism (dandyism), the second, a political, historical, and metaphysical form (terrorism).

These two forms no longer concern us except in part, or not at all. The nihilism of transparency is no longer either aesthetic or political, no longer borrows from either the extermination of appearances, nor from extinguishing the embers of meaning, nor from the last nuances of an apocalypse. There is no longer an apocalypse (only aleatory terrorism still tries to reflect it, but it is certainly no longer political, and it only has one mode of manifestation left that is at the same time a mode of disappearance: the media - now the media are not a stage where something is played, they are a strip, a track, a perforated map of which we are no longer even spectators: receivers). The apocalypse is finished, today it is the precession of the neutral, of forms of the neutral and of indifference. I will leave it to be considered whether there can be a romanticism, an aesthetic of the neutral therein. I don't think so - all that remains, is the fascination for desertlike and indifferent forms, for the very operation of the system that annihilates us.
Top 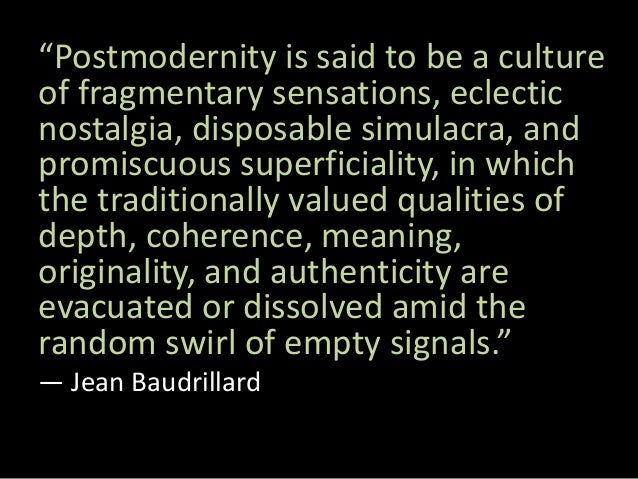 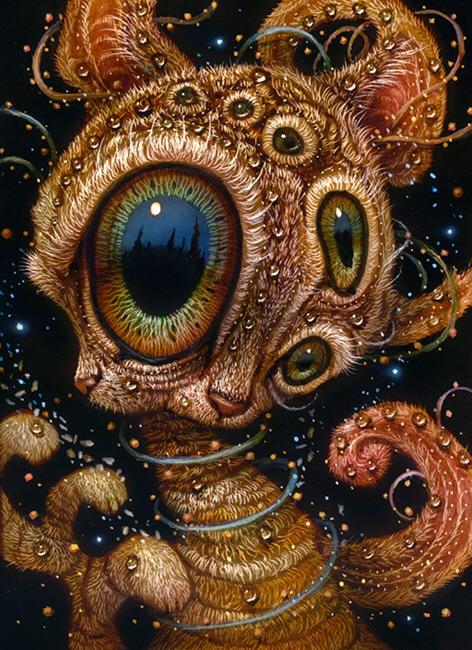 THIS symbolical sentence, in its many-sided forms, is certainly most dangerous and iconoclastic in the face of all the dualistic later religions -- or rather theologies -- and especially so in the light of Christianity. Yet it is neither just nor correct to say that it is Christianity which has conceived and brought forth Satan. As an "adversary," the opposing Power required by the equilibrium and harmony of things in Nature -- like Shadow to throw off still brighter the Light, like Night to bring into greater relief the Day, and like cold to make one appreciate the more the comfort of heat -- SATAN has ever existed.

Homogeneity is one and indivisible. But if the homogeneous One and Absolute is no mere figure of speech, and if heterogeneity in its dualistic aspect, is its offspring -- its bifurcous shadow or reflection -- then even that divine Homogeneity must contain in itself the essence of both good and evil. If "God" is Absolute, Infinite, and the Universal Root of all and everything in Nature and its universe, whence comes Evil or D'Evil if not from the same "Golden Womb" of the absolute? Thus we are forced either to accept the emanation of good and evil, of Agathodaemon and Kakodaemon as offshoots from the same trunk of the Tree of Being, or to resign ourselves to the absurdity of believing in two eternal Absolutes!

Having to trace the origin of the idea to the very beginnings of human mind, it is but just, meanwhile, to give his due even to the proverbial devil. Antiquity knew of no isolated, thoroughly and absolutely bad "god of evil." Pagan thought represented good and evil as twin brothers, born from the same mother -- Nature; so soon as that thought ceased to be Archaic, Wisdom too became Philosophy.

In the beginning the symbols of good and evil were mere abstractions, Light and Darkness; then their types became chosen among the most natural and ever-recurrent periodical Cosmic phenomena -- the Day and the Night, or the Sun and Moon. Then the Hosts of the Solar and Lunar deities were made to represent them, and the Dragon of Darkness was contrasted with the Dragon of Light (See Stanzas V.,VII. of Book I.) The Host of Satan is a Son of God, no less than the Host of the B'ni Alhim, these children of God coming to "present themselves before the Lord," their father (see Job ii.). "The Sons of God" become the "Fallen Angels" only after perceiving that the daughters of men were fair,(Genesis vi.)In the Indian philosophy, the Suras areamong the earliest and the brightest gods, and become Asuras only when dethroned by Brahminical fancy.

Satan never assumed an anthropomorphic, individualized shape, until the creation by man, of a "one living personal god," had been accomplished; and then merely as a matter of prime necessity. A screen was needed; a scape-goat to explain the cruelty, blunders, and but too-evident injustice, perpetrated by him for whom absolute perfection, mercy, and goodness were claimed. This was the first Karmic effect of abandoning a philosophical and logical Pantheism, to build, as a prop for lazy man, "a merciful father in Heaven," whose daily and hourly actions as Natura naturans,the "comely mother but stone cold," belie the assumption. This led to the primal twins, Osiris-Typhon, Ormazd-Ahriman, and finally Cain-Abel and the tutti-quanti of contraries.

Dragons and other fallen angels being described in other parts of this work, a few words upon the much-slandered Satan will be sufficient. That which the student will do well to remember is that, with every people except the Christian nations, the Devil is to this day no worse an entity than the opposite aspect in the dual nature of the so-called Creator. This is only natural. One cannot claim God as the synthesis of the whole Universe, as Omnipresent and Omniscient and Infinite, and then divorce him from evil. As there is far more evil than good in the world, it follows on logical grounds that either God must include evil, or stand as the direct cause of it, or else surrender his claims to absoluteness.

The ancients understood this so well that their philosophers -- now followed by the Kabalists -- defined evil as the lining of God or Good: Demon est Deus inversus,being a very old adage. Indeed, evil is but an antagonizing blind force in nature; it is reaction, opposition,and contrast, --evil for some, good for others. There is no malum in se: only the shadow of light, without which light could have no existence, even in our perceptions.

Users browsing this forum: No registered users and 13 guests