''Always be yourself, express yourself, have faith in yourself, do not go out and look for a successful personality and duplicate it.''
-Bruce Lee
Post Reply
73 posts

This is a trial thread to write some of my reflections. Others are welcome to it, of course. For a while now, I am being nudged to start this, for what purpose exactly, is unknown to me at this time. Moonlight is part of my spirit name, as some of you may know. Everybody knows that the moon has no light of its own. If you see the light of the moon on the water, then, it becomes a reflection of a reflection. Much to reflect on...

I will start with a short story of something that happened to me very recently. I live in an old house, built in the 1950’s or something. Like any old house, it has it creepy crawlies, some of which are “millipedes”, disgusting little creatures that run very fast. I rarely see them, but my cat does, as they come out at night, mostly in the basement… I hope.

So, one morning, I am in the basement and see my cat chasing after something. In my mind, it’s one of those creepy crawlies. It is under a Wii board that I have for games with my grandson. There I go to lift the board up so that my cat can play catch… fair game. But what I see has me screaming and running, toes curled, and all. I have never seen such a big one! Ewwwww!

It ran under a piece of furniture, under which it was safe. I’m thinking, a big Fucker like that I do not want around, I’ll have to take my courage and kill it somehow... I know…. I’m heartless.

Later that day, still thinking of the big Fucker, I go downstairs and I sit on the couch, lazy girl style, to close my eyes for fifteen minutes. It is a cool and rainy day, so I wrap myself up in a nice blanket and lift my legs. After a couple of minutes, I open my eyes and what do I see? The big crawly thingy sitting on my foot! The nerve of that thing! A quick “tabarnak” along with a strong kick has the bug flying away, nowhere to be found.

About an hour later, I am decided, armed with the vacuum cleaner, I will get rid of that thing! I see movement in a corner … the big bug is there, jumping at the wall…. But, wait… what??? My eyes need some adjustments, and then I see it… a tiny little mouse. It never was a humongous millipede! What a trick of the mind. I called upon my forever friend Francis, talked to the mouse, and bit later, once my cat was asleep, I caught the little mouse in a bucket and brought it safely outside, with admonishments not to come into the house again. So far, so good.

This little episode had me reflecting: what the eyes see is not always what is. The cute little mouse had me pay attention to details.

I would have screamed and ran not only with a big bug but with a mouse also!! Silly really as I have no problem challenging an angry person.....but insect or rodent....Duh !

Yes perceptions can be very tricky and at times quite deceiptful.............especially if one is unaware of hidden beliefs.

Before we were a "thing" the missus and me were working at the same ward.
A mouse crawled through the kitchen so we went to look for it. As she stayed in the doorway I bravely entered the kitchen area where we'd seen it.
As I got down on hands and knees to carefully inspect the space beneath the refrigerator and the floor she screamed "THERE IT IS" In 0.001 second flat I was no longer squatting on the floor 3 meters away(9feet-ish?), but found I had jumped that distance to seek refuge in her arms..

Moonlight is such a beautiful light once beheld inside ... I have this phrase echoing through me, "Take back the moon." It came up in a group viewing and has stayed with me ever since. So lovely to hear your story and oh yes! it is all about perception perspective.

Haha.. funny isn't that small creatures can scare us so much. Luckily, I think mouses are cute, outside... my task now is to make sure they cannot come inside again. This little cutie was not scared of me at all. If it hadn't been for my cat chasing it around, I would have caught her quickly. I am pretty sure that I could have caught her with my hands if I had wanted to.

Once I understood that it was a mouse, it was obvious to me that it was always what my eyes saw. My mind played the trick on me because I had decided it was a milliped... looking back, a big furry milliped that was cleaning itself on my foot ! Hahaha!

Mouse medicine helps to pay attention to details... maybe you needed to see the woman you were with, Eelco. I can imagine the scene !

My "vision" has developed over the last couple of years. The thing is that I think I know what I am seeing, because of what people have told me or what I read about it. I needed adjustment for which I asked. Now, let's wait and see.

Christine wrote:Moonlight is such a beautiful light once beheld inside ... I have this phrase echoing through me, "Take back the moon." It came up in a group viewing and has stayed with me ever since. So lovely to hear your story and oh yes! it is all about perception perspective.

Lovely. Just saw your post as I was busy writing, which is always a task for me, especially in English. I can answer yes to your question, as you could probably "see" from my latest reply. Ever since a moon eclipse of about two years ago (?) ... I saw the glitch and so did a friend of mine. It is the first thing we said to each other when we got to talk about it.

Mouse is showing me to stay away from preconceived ideas / knowledge. Mind pollution is tricky.
In the present is the whole of time J. Krishnamurti
Top

I found myself contemplating an old woman, sleeping in the garden swing where I had brought her. I’ve been a companion to this lady for a little over a year. She was having a very anxious day and out in the garden is where she became calm enough to find sleep. She suffers from Alzheimer’s disease and cannot remember what she did five minutes ago, most of the time she does not know where she is, she is always anxious and feels trapped. I will never fully understand how it can be in her reality.

While travelling on the bus I sometimes do this, watch people and imagine what their reality is like. In the moment, we all share the same reality of being on the bus, but each one of us is different. We all have our own inner life, family situations, occupations, beliefs… We are a bunch of reality bubbles bumping into each other’s reality, like characters in a film.

I watched a show recently called the Leftovers. It is a story of a day, October 14, where 2% of the population disappears, all at the same moment. That day had a major influence on the lives of everyone on the planet. 2 % of 7 billion is a lot of people, but still, life went on for the characters of the story. Only at the end of the show do we learn that the 2% have never left. In their reality, it is 98% of the population that has vanished.

I thought it was an interesting twist. You know it's coming, right ?

Are you shitting me??? English is NOT your first language? How did I not know that??? I always felt you were from not that far away

I love that, moonlight on the water is a reflection of reflection...thanks for that, and for your reflections...it's nice to hear from you

I'm reminded of when my baby fancy rat got out one time...I was brand new to them as pets (just thinking of the vermin feral rats makes me shudder

), and I didn't even know she had escaped her cage. I just happen to look outside at the neighborhood grass median-thingy (road lane divider) and saw a HUGE gnarly varmint slinking around

That's the night I learned they have some adapted shape that makes them look bigger In the shadows than they actually are, I guess a lot of nocturnal animals must.got to be careful when trying to trust them lying eyes

PS- I'm jealous, you're English is so much better than mine
What is the purpose of your presence?
Top

Hahaha Phil, what a funny guy you are. How could you have missed that !

I guess I'm still not that far away, though. It's like that with kindred spirits.

I never really liked rats. When I moved in with my mom at age 7, the apartment was infested with rats. My mom caught many, but she managed for me never to see one. It's funny how things stick to you over time. My older sister was afraid of them, so she would send me to get things in the kitchen. Brave little one I was.

In my part of the world, being bilingual ... english and french... is a must, especially for the francophones. I'm more used to business talk in English, especially with the written word. So there... I acknowledge receipt of your post... blah, blah, blah.

Tell me my friend, are you in the total eclipse part of the States ? Where I am in Canada, I will have a partial eclipse view... 60 % they say. Hopefully, it will not be cloudy on that day. I should get some glasses... or I'll watch it from a car window or something. I'll reflect on that. 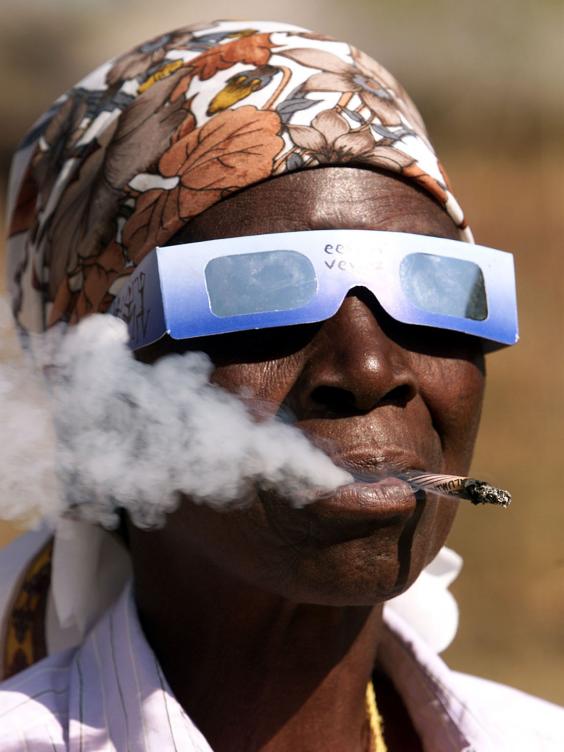 In the present is the whole of time J. Krishnamurti
Top
Post Reply
73 posts

Return to “Express yourself”