“The only thing a cat worries about is what's happening right now. As we tell the kittens, you can only wash one paw at a time.”
― Lloyd Alexander, Time Cat
Post Reply
10 posts • Page 1 of 1

My little cat got hit by car Thursday. Weirdest thing...he always likes to come around for walks with me and his dog-sister Kalia, and it always gave me a heart attack, I knew the day would come. What made it so weird was how I felt it happening before it happened. Before he left sidewalk I felt like he was going to run in front of the car... he was about a step or two from being totally crushed, as it turns out he ran into the side and smashed his face, fracture in jaw, can't tell the head injury trauma yet but he seems like a pain-meded beat up version of himself, not any apparent neuro damage, superficial injuries on leg...like he caught the corner

He's been hospitalized since, the $$$ is reaching the point where decidsions become tougher...too much more and I won't have to worry about whether he can eat cuz I won't be able to afford to feed him or my fam (without begging the fam for a handout or something). GOing into work to catch up now, its been difficult to concentrate. WHen I am done I will go see him and decide whether or not to take him home. They are sort of pushing bringin him to surgeon, if the consult is reasonable I may do that to see if it can be avoided, and if not makes the decision easy, there's no way I can afford that (and the care required after). It's a unusual fracture they say, maybe it can heal on its own. UGH

Added bonus: I broke up with his "mom" awhile ago but we stayed close...until New Years when I met someone else and we stopped communicating. She still has feelings but I am into this new girl, so it's been good that we stopped communicating. I don't know what to do here, she never really took care of him and basically treated him like guests do, give him a little love when he came up to her face and say how cute he was when laying around but really not too much else...so I don't feel COMPLETELY obligated to let her in on this, but feel kind of guilty for not just so I can avoid drama. It's been a rough week, send some good vibes my way please. 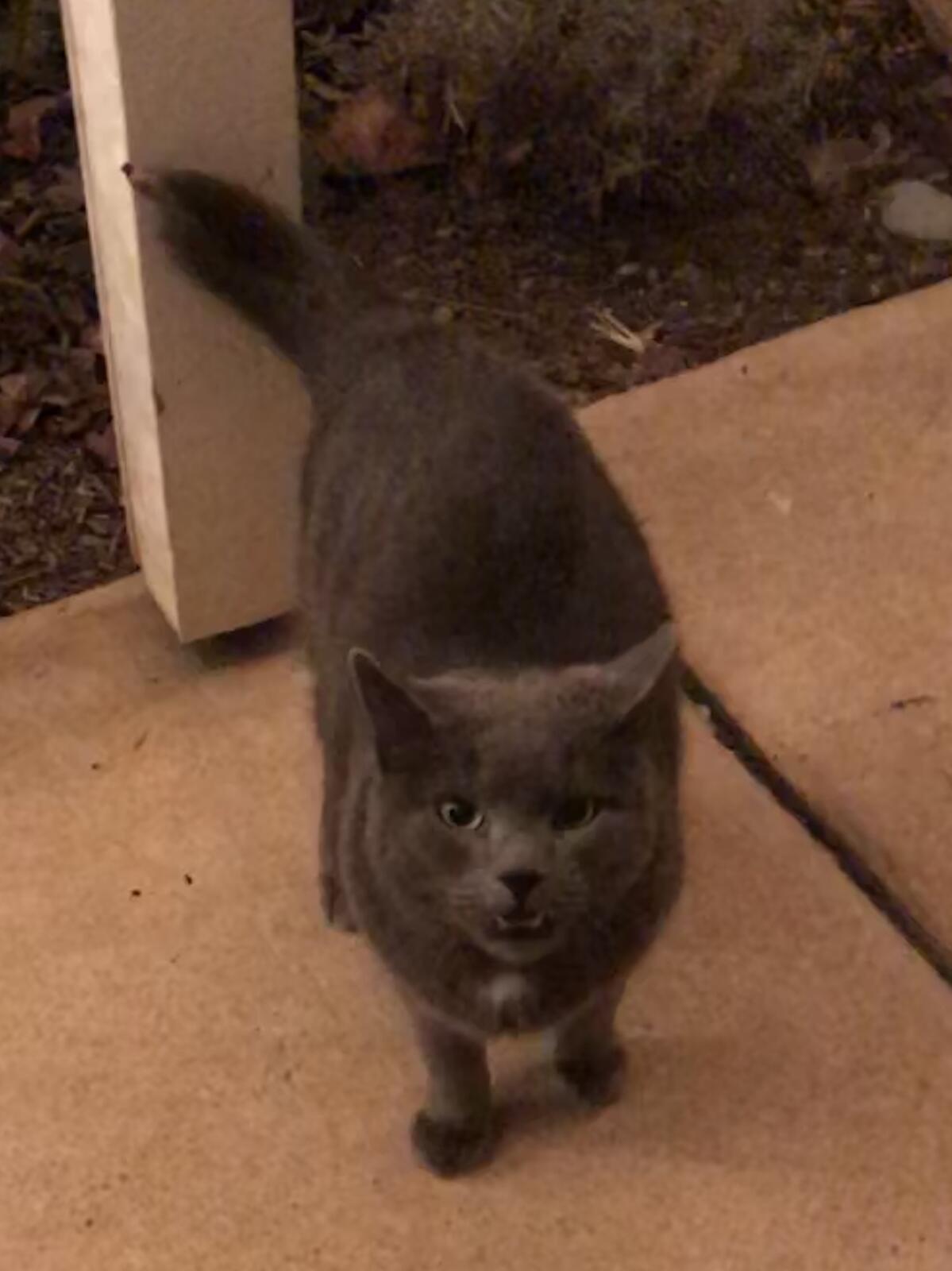 What is the purpose of your presence?
Top

Surrounding you and Blue with Love... When a loved one is hurt its harder than hard.

We are caring for a street cat we named Big Fred, father of Fred who was murdered, He dragged himself to our back door three mornings ago all beat to hell and back, we've waited to see if his survival instinct would pull him through and so far he is still eating and drinking though I think to the vet we go today, fortunately they don't cost an arm and a leg here in Mexico.

Oh Phil, I feel so much for you and Blue. We shouldn't have to make decisions based on $$$, that sucks.

Definitely sending some good vibes and healing energy your way Phil! Hoping and praying for the best there.

Animals can be surprisingly resilient. I had a black lab years ago that got hit by a car while we were living in a rural area. We couldn't find her after we found out and figured she must have drug herself off into the woods and died (a neighbor informed us that the driver that hit her had come by asking if they had a shotgun to go back and put her out of her misery). Then two weeks later I went out at night to chop some wood. I thought I was hallucinating when I saw this shadowy figure moving towards me in the dark. Even though it was a hard winter we managed to take her to the vet and found out that her broken leg had already started to heal and they decided to just leave it alone. Everyone who saw her didn't think she would make it. I started throwing her pieces of wood that she could catch in her mouth and then chew up. Every time I did this I saw her eyes light up. She had the will to survive and she did! I had even dreamed about her still being alive before she came back. Loved that dog!

And so glad that Big Fred has returned Christine! I was confused at first, because I didn't realize that Big Fred was Fred's dad. I thought maybe he had pulled off a real big trick (like coming back from the dead!).

And blessings in your new love/relationship Phil!
I see your love shining out from my furry friends faces, when I look into their eyes. I see you in the flower’s smile, the rainbow, and the wind in the trees....
www.spiritwindinw.com
lsthompson711@yahoo.com
Top

Hi again Phil. No use in repeating what I said over at TOT, but I'm still sending out the good stuff to you and Blue. Either way it goes, when it comes to crunch time I know you'll make the right decision. For all I know that's already happened by now, please let us know what happens.

And now Fred's dad came home all beat up, what's with the pet thing these days...
The unexamined life is not worth living.

Fred Steeves wrote:Hi again Phil. No use in repeating what I said over at TOT, but I'm still sending out the good stuff to you and Blue. Either way it goes, when it comes to crunch time I know you'll make the right decision. For all I know that's already happened by now, please let us know what happens.

And now Fred's dad came home all beat up, what's with the pet thing these days...

I know and have been pondering this and diving deeper into a type of sorrow that embraces the Animal Realm, they are our teachers, our guides and so much more yet somehow we "humans" and I don't refer to those whose hearts are beating compassionately, but the humans that can't put 2 + 2 together and see that what we do unto another being is done unto us.

And yes to Phil, we would love to hear about Blue's journey. It seems we each find a deep spiritual message from our animal companions.

Thanks for all the love. As I replayed the visit with him Friday night as I left Work Saturday afternoon to get outside to the park to enjoy the nice day, I realized how terrible and selfish I was. I beat myself up for the next hours for being manipulated by emotions, blonded to the simple fact that my cat got hit by a car because he couldn’t stay contained in my relatively large house, the friggin box they’re keeping him in (in excruciating pain) is torture, as will be any kind of “life” he has during the treatment/rehab I couldn’t afford

I held him while he was put out of pain Saturday night, held his broken body for a little while after he left it.

I realized yes
What is the purpose of your presence?
Top

So very sorry to hear the news Phil. I think these decisions are the hardest of all to make. My husband and I were there when our cat Simba was put down a little over a year ago. I know he felt our love and warmth as we kept reassuring him as best we could as he slipped from this world. Even knowing its the right thing doesn't make it any easier. He had a lot of people surrounding him with love due to your reaching out, and that can't be a bad thing. And they always live on in our hearts forever, never forgotten.
I see your love shining out from my furry friends faces, when I look into their eyes. I see you in the flower’s smile, the rainbow, and the wind in the trees....
www.spiritwindinw.com
lsthompson711@yahoo.com
Top

Phil, I miss my friends terribly and it does not end and know you do too but 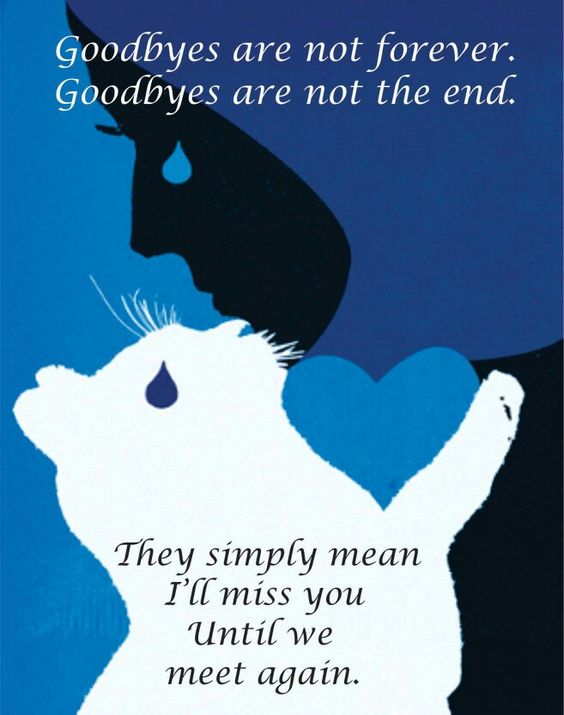 Phil, I feel you deeply in this sad time. Like I said before I know you'll make the right decision come crunch time, and I rest assured you did just that for both you, and Blue. We say some major league goodbyes on this long and winding road don't we?

Every close family member I've put in the ground, whether 2 legged or 4, has always left me a valuable life lesson in their wake. Be open to the one Blue has for you if you haven't already gotten it.
The unexamined life is not worth living.

Love to you and your boys,
Do not fashion me a maiden who needs saving from the dragons. I am the Dragon. And I will eat you whole.
Top
Post Reply
10 posts • Page 1 of 1