“Women who love themselves are threatening; but men who love real women, more so.”
― Naomi Wolf, The Beauty Myth
Post Reply
17 posts 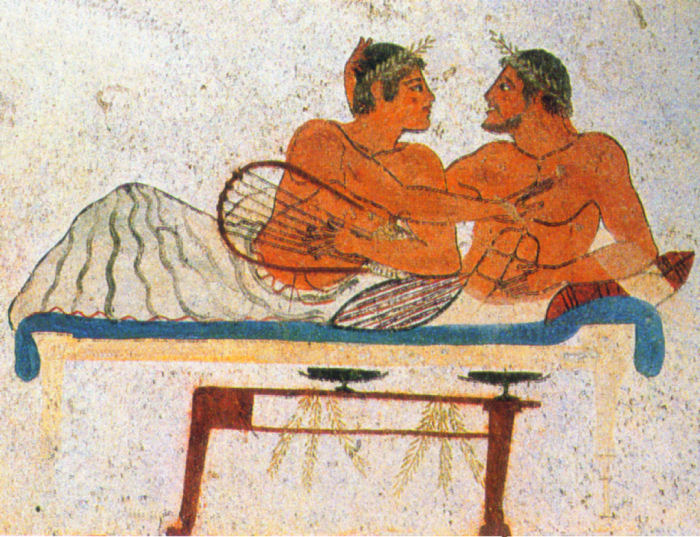 Now that I shown I can start silly threads – like the one with the Confederate flag – with little understanding of American society and the Civil War issues , I feel I can be silly about other things too.
More important ones.

I'm curious why some people are gay.

Considering that everything is energy – why is the energy flowing that way for some ?


Some ideas I want to go into:


Gay energy flow.
Male/female dance in gay relationships.
The switch.
The gift.
The dark gay . All sexuality has dark and perverted aspects in this reality. Gay sexuality is no exception.

One can very easy spot a distinct energy flow. Gay people always say they can “spot” each other.

So what is it? A feminine energy flow in a male body? A masculine energy in a feminine body?

All souls have both masculine/feminine aspects. We can go either way –usually depending on the body we incarnate into. So what's different ?

Are there some kind of a blockages of some chakras ?

The switch is an interesting concept. It basically says we incarnate for a number of times only as one sex. And then we switch .
So you are like ten times in a row a woman and then you start a male series of incarnations.

Supposedly the first incarnation after the switch one may be confused and clinging to old energy patterns . Like your soul still has a feminine energy flow and is now in a male body.

I think this are real gay people. The ones that just switched .

So how do we account for the rest ? Mostly trauma induced blockages but also in the dark area we may find reasons why some people are “turned” gay.

This thread needs a gay touch in explaining the energy flow during/after sex and the masculine/feminine dance in this relationships . While I can take a wild guess I may be wrong or inaccurate .

The gift I feel it's more like an opportunity . You've been a woman for like 15 lives and now you incarnate in a male body.
This unbalance between your soul energy and the body may provide a glimpse into something else. Into something so profound …

Problem is the hyper sexual reality we live in doesn't allow for much spiritual awareness.
You have to get laid one way or the other .

We are not taught and guided to meditate and contemplate our inner sexual energy.

We have to have sex. The more the better.

From a dark agenda point of view this makes sense. A true gay – feminine energy in a male body; or the other way- may be a force that needs to be dealt with . Let's get them to have sex before they figure something out…


We know there are various beings and dimensi